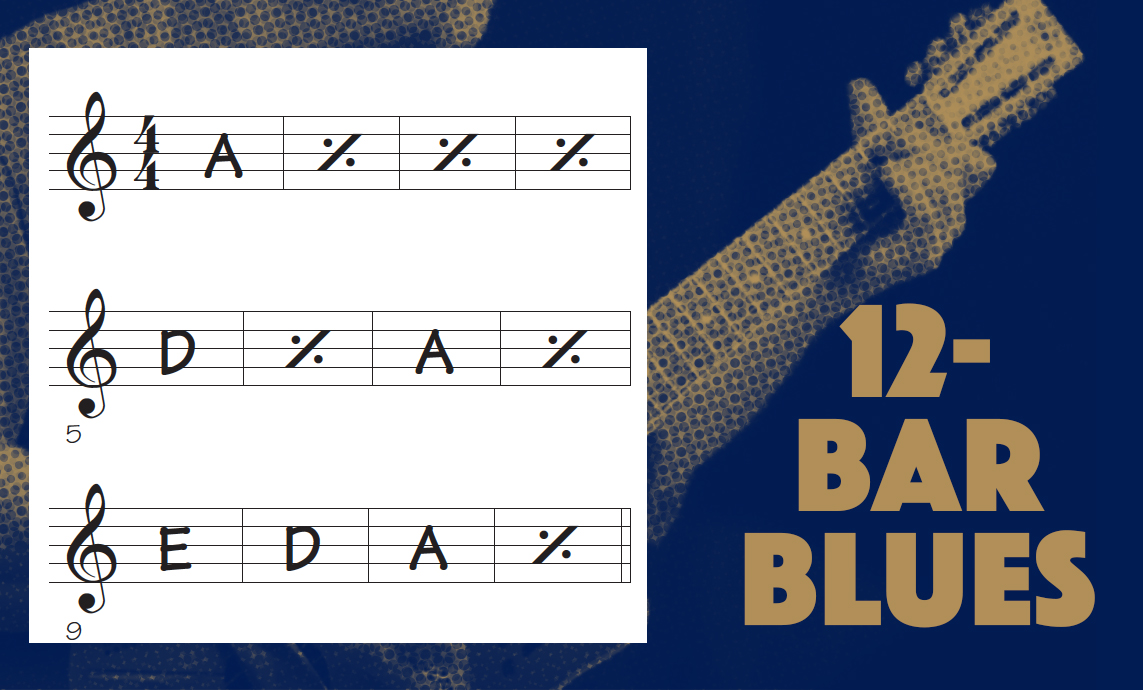 Excerpted from Inside Blues Guitar | BY STEVE JAMES

A bar across the musical staff marks a measure, and each measure has a specific number of beats. Blues music is usually expressed in 4/4 time—that is, in measures containing four beats each (with each beat given the value of a quarter note). So a 12-bar blues verse is one composed of 12 four-beat measures. The typical way to construct a lyric for a 12-bar blues is to sing a line of four measures in length, repeat that line, and finish the verse by singing another four-measure line that rhymes with the first. A basic instrumental accompaniment can be played using the I (tonic), IV (subdominant), and V (dominant) chords—that is, the chords built around the first, fourth, and fifth degrees of the scale that corresponds to the key of the song. For instance, in the key of A, the I chord is A, the IV is D, and the V is E. A 12-bar progression in A might look like the example above. A slightly more complex version of this progression, with melody and lyrics, is included below.

This is the most commonly used blues form, but it’s by no means the only one.

For answers to 50 key questions about the blues, check out Inside Blues Guitar.

How to Play E Diminished Voicings | Chord by Chord

Pledge your support and get bonus lessons!LEARN MORE
+