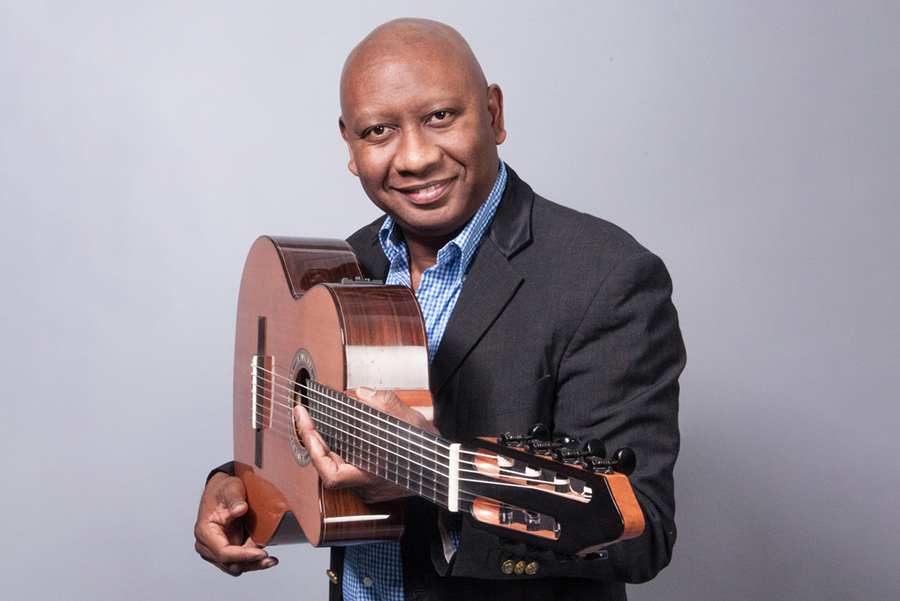 New York-based, seven-string guitarist Ron Jackson has performed and recorded in over 30 countries. He’s played and toured with artists such as Taj Majal, Jimmy McGriff, and Oliver Lake. Influenced by George Benson and Pat Metheny, Ron has studied with Pat Martino, Barry Harris, and the late seven-string master Bucky Pizzarelli. Albums include: Guitar Thing (91) and recently the Jazzweek 2019 Top 100 album, Standards And Other Songs.

Favorite Song to Play on Guitar: “This Nearly Was Mine”

Favorite Guitar You Own or Dream Guitar: Benedetto Cremona

Video Lesson: How to Use the Whole-Tone Scale

The scale is known for its ambiguous, dreamlike quality and has been used to great effect by composers such as Claude Debussy and jazz musicians like Thelonious Monk.

Video Lesson: How to Spin Endless Variations on a Simple Tune

From the October 2017 issue of Acoustic Guitar | BY RON JACKSON In the early 1780s, Wolfgang Amadeus Mozart took a simple French folk song—the melody of which... Read More...

Lesson: An Intro to Jazz for All Guitarists

BY RON JACKSON I was a teenager when I was first blown away by jazz-guitar masters such as George Benson and Charlie Christian. Since I played mostly rock at th... Read More...

From the April 2017 issue of Acoustic Guitar | BY RON JACKSON The ability to read music is a skill that even some of the most brilliant acoustic guitarists la... Read More...

Excerpted from Chords at Your Fingertips | BY RON JACKSON Learning to play chord-melody style—that is, expressing melodies in chords rather than single notes—i... Read More...

Excerpted from Chords at Your Fingertips | RON JACKSON Jazz is packed with harmonies that can sound foreign to those not in the know. But with the knowledge of ... Read More...

Weekly Workout: How to Pick Like Jazz-Great George Benson

From the August 2016 issue of Acoustic Guitar | By RON JACKSON I discovered the music of jazz guitarist George Benson in the 1980s and was blown away by his f... Read More...

Weekly Workout: Tone is in the Hands—and Here’s How to Find It

By Ron Jackson While acoustic-guitar masters from Andrés Segovia to Django Reinhardt are celebrated for their pick-hand prowess, they also made the most of fre... Read More...

By Ron Jackson Funk guitar might be most commonly associated with the scratchy electric rhythms of a player like Jimmy Nolen, in support of James Brown, the Go... Read More...