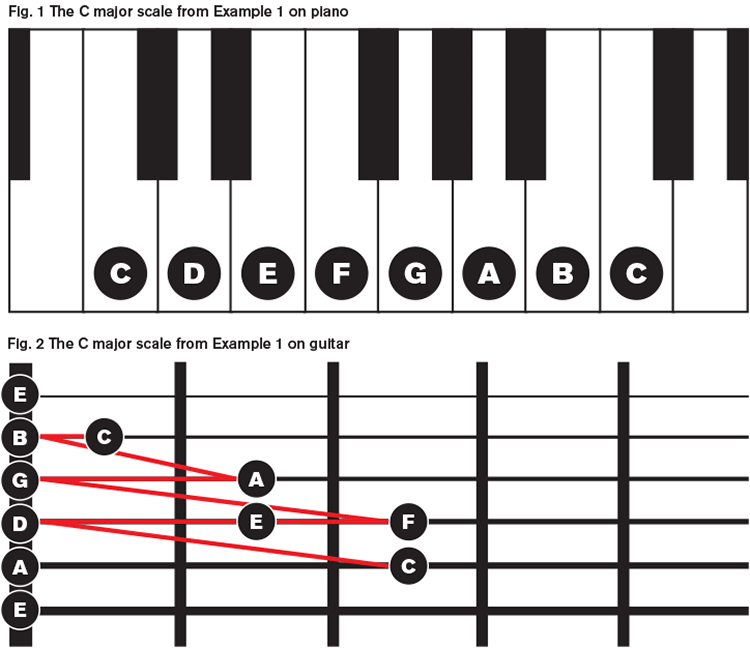 Learn How to Practice and Solo with Scales on Acoustic Guitar

Many guitarists dread practicing scales—those ascending and descending sequences of notes that revolve around a given pitch and determine tonality. But working on your scales can serve many benefits—chief among them, greater fluidity on your guitar, as well as a familiarity with the fretboard’s layout and how music works.

The first scale that most musicians learn is the major scale, with its construction of W (whole) and H (half) steps: W W H W W W H, or C D E F G A B C in C major. This is the scale from which so many of our favorite melodies and chord progressions are derived.

If this sounds foreign to you, check out this two-part lesson by guitarist, composer, and educator Gretchen Menn, with examples in standard notation and tablature, as well as video demos. In part 1, you’ll learn the major scales (see figs. 1 and 2 above) and how to play them on guitar. Part 2 of the series covers the minor scales.

With just a little scale practice, you can begin soloing, as Andrew DuBrock demonstrates in his AG guide Acoustic Rock Basics: Play Leads with Major and Minor Scales.

In this article, excerpted from the book mentioned above, DuBrock demonstrates that the major scale encompasses the major pentatonic and adds two more notes: the fourth and seventh of the key. Like pentatonic scales, the patterns that make up major and minor scales can be found and repeated all over the fretboard.

To learn more about scales and other music fundamentals, see Gretchen Menn’s The Way Music Works, available at store.acousticguitar.com.