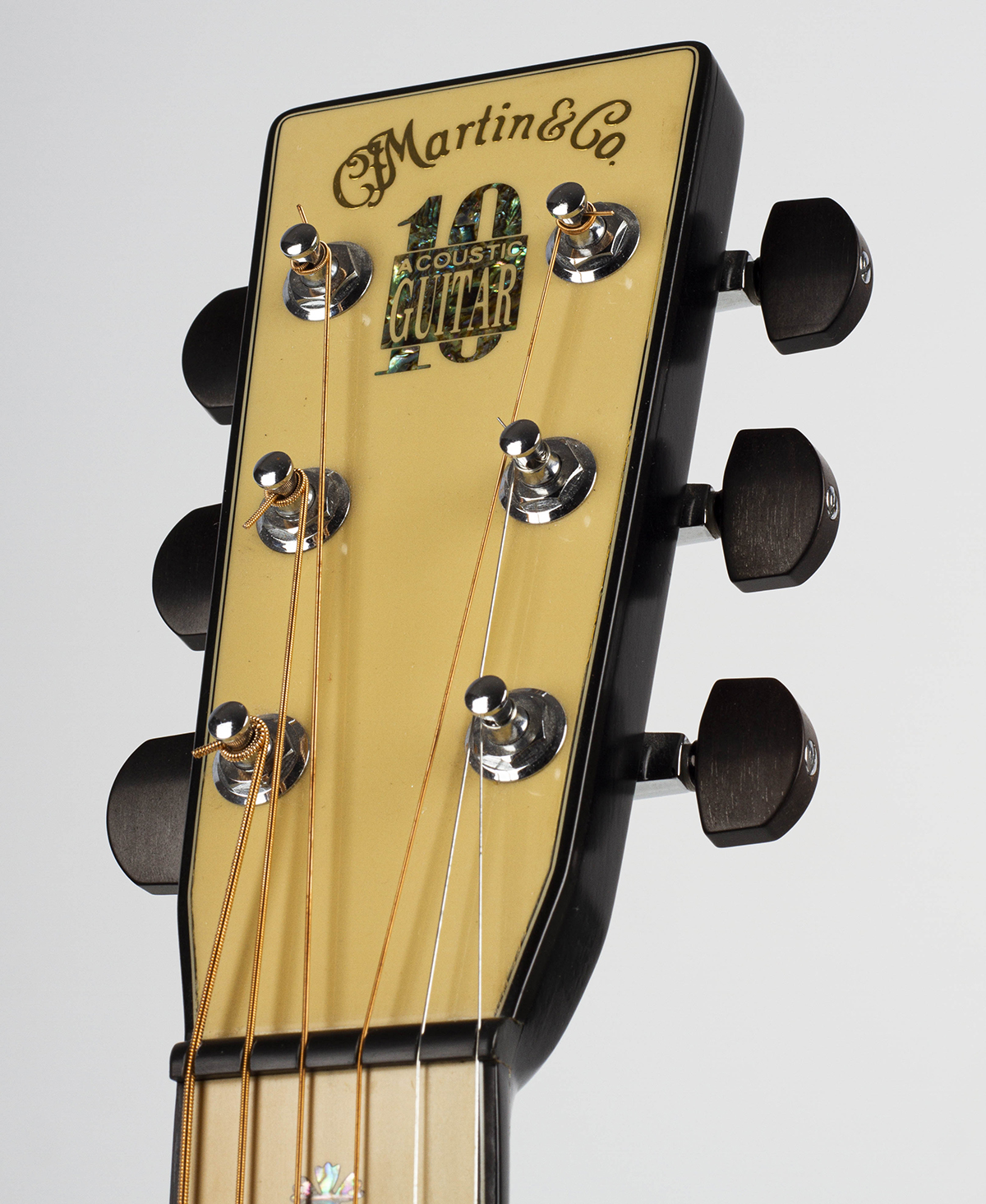 Bob Dylan Couldn’t Have It. But You Can.

OK, he’s got the Presidential Medal of Freedom, ten Grammy Awards, a Golden Globe, an Oscar, a special Pulitzer, and the Nobel Prize for Literature.

But when Bob Dylan saw a photo of the “photonegative” Martin HD-28V owned by Acoustic Guitar magazine in our December 2000 issue and requested one from Martin via his guitar tech, Tom Morrongiello, he was politely, reluctantly, but firmly turned down—despite being the owner and player of numerous Martin guitars throughout his incredible career.

Says Dick Boak, Martin’s Director of Artist Relations who designed the photonegative guitar, “I explained that only two were made for Acoustic Guitar magazine’s 10th Anniversary and neither was available, so we offered to make another pair for Bob. The 10th Anniversary logo was replaced with the Don McLean altered torch inlay pattern and Engelmann spruce was selected for the top. . . . Double cream-colored pickguards were added at Bob’s request.” Dylan toured with the guitar after the release of Love & Theft in 2001, and a limited edition of 135 photonegative instruments styled “HDN” debuted soon after in July 2002.

Now the guitar that started it all is up for auction, along with 11 other beauties from the Acoustic Guitar 10th Anniversary Collection. Get the details here.