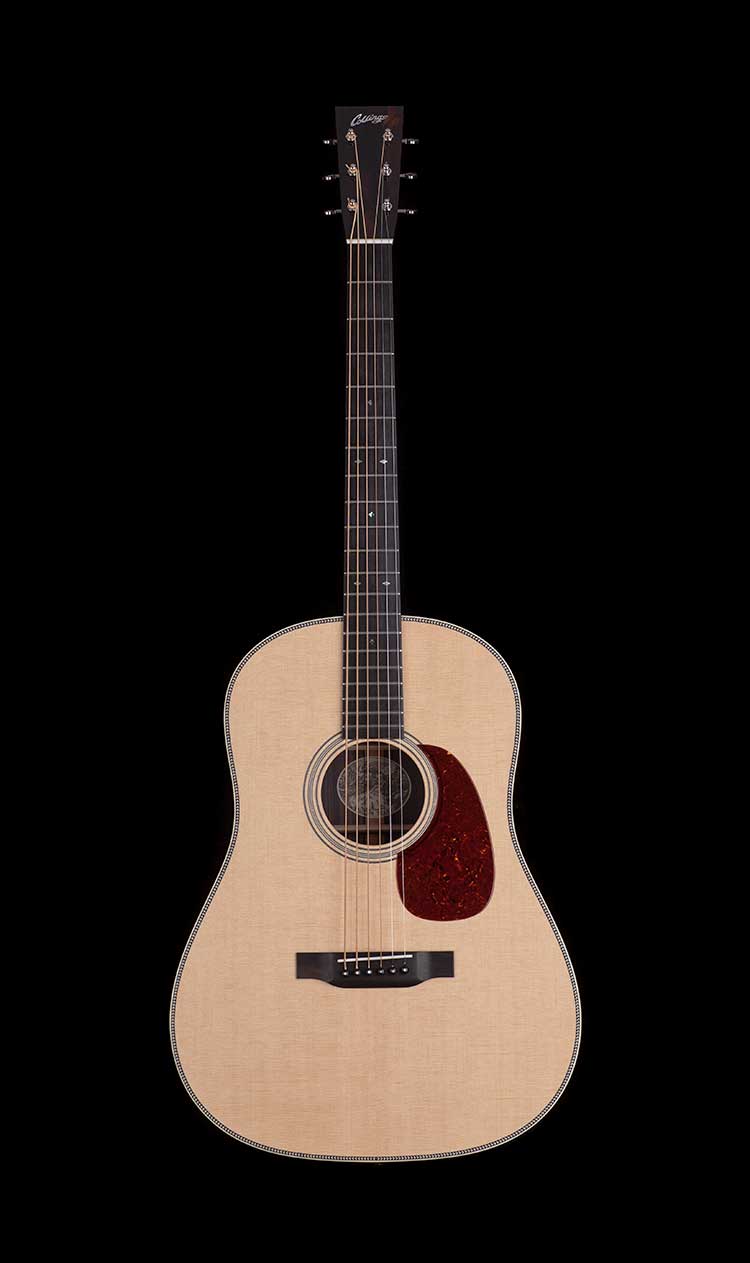 Beyond Flattops: The Magic of Baritone Guitars

If the baritone guitar were a basketball player, it would probably end up on the scouting report as a tweener—a player whose size and skills don’t fit a standard position. Think six-foot-six, 250-pound Charles Barkley: too short for power forward, too beefy for small forward—and too good for the opposition.

Like Barkley—who earned such nicknames as “Sir Charles,” “The Round Mound of Rebound,” and “The Leaning Tower of Pizza” over his hall-of-fame career—at first glance, the baritone guitar may not look like an easy fit into your lineup. For one thing, it’s typically tuned a fourth or fifth below the standard six-string—from B1 to B2 or A1 to A2—falling in the zone between guitar and bass. For another, it doesn’t have a ton of repertoire of its own. That can be a challenge, even for experienced players. “I think of the baritone guitar as a transposing instrument like a trumpet or saxophone,” says noted session player and solo artist Sean Harkness, who began playing the acoustic baritone in 2008. “Everything is down a fourth. For 40 years that’s been a G chord—I can’t all of a sudden think of it as D—just can’t do it. So I transpose.”

Yet like an overlooked athlete who turns into an all-star, the baritone acoustic is a winner in the hands of players like Harkness. And with instruments from Collings, Santa Cruz Guitar Company, Walden, Ovation, Alvarez, and Ibanez currently available, guitarists of all budgets can dip into the deep end. (Note: Taylor has made a number of baritone guitars in recent years. However, like the 326e reviewed in the January 2016 issue of AG, these are not in current production but are available in the used market. While some of the recent Taylor baritones have eight strings, these are essentially tuned as six-string guitars; the third and fourth strings are arranged in 12-string-style octave pairs.)

The origins of the baritone guitar as we now know it are a bit murky. In the 1800s, some European makers produced baritones, but very little is known about these instruments, other than the obvious fact that they were acoustic. On his website oranjproductions.com, musician and writer Mike Freeman considers the ancient, cello-like viola da gamba and Gibson’s mandocello as precursors to the baritone guitar.

But the baritone guitar as we know it has much more recent roots. Some historians call the late 1950s Danelectro Baritone the first of its kind. It was never a bestseller, but it did add low twang to 1960s rock, country, and Spaghetti Western soundtracks. Others contend that the Dano was intended to be tuned an octave lower than standard, making it a more of six-string, guitar-bass hybrid—albeit one with the same relative tuning as a six-string guitar—than a true baritone. The Fender Bass VI (introduced in 1961) also falls into this category.

According to Freeman, a closer forbear of today’s baritone was built by luthiers Joe Veillette and Harvey Citron in the 1970s. Making guitars for John Sebastian (of Lovin’ Spoonful fame), Veillette came up with a 27-inch scale length, putting the instrument squarely between the guitar and bass. “Before that I was achieving the [baritone] effect by capoing Fender six-string basses at the fifth fret, as the Spoonful had done on ‘Jug Band Music,’” Sebastian says.

A Matter of Scale

Because the baritone pitch range typically falls in between the six string and bass guitar, it is possible to play a standard guitar as a baritone by putting on heavy strings and tuning down. A good illustration is the seven-string guitar. The seventh string is typically tuned to low B, which allows the guitar to cover both the baritone and standard pitch range (B1–E3). Yet while the fretboard is wider, most seven-strings use the same scale length as their six-string counterparts.

But a true baritone guitar isn’t just a tuned-down six-string. Its proportions are designed to offer the ideal playing feel and tone for the lower pitches. Perhaps the main difference—and this is true of both acoustic and electric baritones—is the fretboard scale. On most standard guitars, that scale runs between 24 inches and 25.5 inches. The baritone acoustic guitars I surveyed have scale lengths between 26.75 and 28.33 inches. Harkness’s Walden B-1E—which he helped develop with luthier Jonathan Lee—has a 26.75-inch scale. The Ibanez AE255BT measures 27 inches, as does the 12-fret Santa Cruz baritone, designed with the late guitarist Bob Brozman and set up to be tuned a major third lower than standard pitch. The two Collings baritones, 1 and 2H, come in at 27.5; the Alvarez ABT610E’s scale measures 27.7 inches.

Then there’s the 28.33-inch Ovation Elite A/E D-Scale model. It’s longer than the typical baritone, yet according to Ovation, is designed to be tuned down to D—i.e., just a full step lower than standard. Evidently, if you capo at the second fret, you have standard tuning at a relatively standard scale length. That said, with 28 inches to play with, the Ovation should handle tunings down to full baritone range.

As a point of comparison, you’ll find electric baritones on both ends of the above scale range. The Supro Westbury SS and Reverend Descent RA are both slightly shorter at 26.5 inches. Dean, ESP, and Ibanez are among the brands offering 27-inch scale baritone electrics. Danelectro’s 56 Baritone (29.75 inches), and the 30-inch Fender Bass VI fall into that disputed baritone-versus-bass category mentioned above.

Having spent a lot of quality time with a 26.75-inch-scale baritone—as well as many down-tuned standard guitars—I can vouch for the importance of the extended scale. You might need long fingers to play a barred F chord at anything above, say, 26 inches, but it’s worth the occasional stretch to get a tight and predictable attack when playing the lower-pitched B. Just as important, the tighter strings are easier to keep in tune. As for the longer-scale instruments, chording may be a chore, but they do give you the option of tuning down a full octave, which opens up some alternate tuning possibilities as well. How does DADGAD transposed down into baritone range (A E A D E A) ring your bell?

While an electric guitar with a longer neck fits easily into baritone range, acoustic baritones are a little more complicated because the instrument needs to resonate at a lower frequency. Yet baritone doesn’t necessarily mean bulky. For example, compare Collings’ Baritone 1 with one of its dreadnoughts, the D1. In addition to its 27.5-inch scale vs. the D1’s 25.5, the Baritone 1 is a 16th of an inch wider at the nut and has a slightly longer body (20.75 vs. 20 inches). While the D1 has a 14th-fret neck junction, the Baritone 1’s neck joins the body at the 13th fret, which places the bridge in a sweet spot for the instrument’s tuning and for the brace positions. Both guitars are 4.875 inches deep and 15.625 inches wide at the lower bout. Conclusion: If you’re used to a big-bodied acoustic, the transition to baritone may be fairly easy.

That’s not to minimize the differences inside the box. From bracing to neck joinery to many subtle changes, a good baritone is designed to deliver all the nuances and tonal complexity one would expect from a standard-tuned guitar, just lower. Not all baritones are larger than their standard siblings. “The Walden B1-E [which will return to the U.S. market in 2020] has a standard grand auditorium body,” Harkness says. “They made it work by moving the bridge further into the lower bout and offsetting the soundhole to accommodate the baritone-specific bracing.”

Shop for baritone guitars with these online retailers.